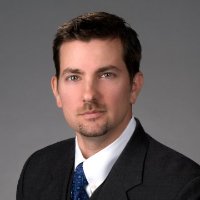 Douglas H. Tozzi is the owner and managing member of Tozzi Law, LLC. His practice concentrates on commercial collections for law firm and business clients, in addition to the representation of commercial building owners in landlord-tenant matters, but he has also effectively handled cases in other of areas of law such as real estate, business and personal injury through all stages of litigation, including mediation and jury trial/arbitration.

Prior to forming his own firm, Mr. Tozzi practiced with a prominent boutique law firm in Buckhead, which also concentrated in the area of commercial collections, where he represented a multitude of individual and business creditors located in the United States and in foreign countries. Over the years, Mr. Tozzi has assisted in the recovery of millions of dollars on behalf of law firms, lenders and businesses.

A graduate of the University of Georgia (B.A. 1998), Mr. Tozzi earned his law degree from Georgia State University in 2002. In the course of obtaining his J.D., he also studied Chinese Law at Hong Kong University and European Union Law at the Institut d’Etudes Européennes of the Université Libre de Bruxelles. Mr. Tozzi is a member of the American Bar Association and the DeKalb Bar Association. He is also a Registered Neutral in General Mediation and Arbitration by the Georgia Supreme Court, Office of Dispute Resolution.